The Phytosome® formulation increases the absorption of active ingredients when topically applied on the skin, and improves systemic bioavailability when administered orally. In water medium, a Phytosome® will assume a micellar shape, forming a liposome-like structure.

Bioavailability of flavonoids, both in aglyconic or glycosidic form, is reported to be low and erratic due to limited absorption, elevated presistemic metabolism and rapid elimination. Flavonoid aglycons and glycosides, once ingested, reach the small intestine intact and then are metabolized to the methylated, glucuronidated or sulfated metabolites. Flavonoids or flavonoids metabolites that reach the colon are usually further metabolized by local enzymes and then absorbed. This figure is at the base of a non-linear pharmacokinetics and has to be taken into account when evaluating the relationship among in vitro biochemical effects, oral dosages and plasma levels.

Here below we are reporting some examples of increased bioavailability with different phytochemicals and different administration routes.
Silymarin is poorly soluble in water and in vivo studies as well on humans have shown that only nanogram per milliliter concentrations in plasma following oral administration of silymarin extracts can be found. Pharmacokinetic studies in rats, dogs and in humans subjects have shown instead substantial increases in bioavailability by oral administration of Silipide (IdB 1016) or Siliphos®, the pharmacokinetically equivalent of Silipide®. 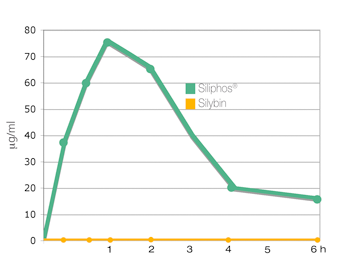 Chart 2. Increase in plasma levels of total ginkgolides (A and B) and bilobalide in healthy volunteers5

In particular as demonstrated by pharmacokinetic studies in comparison with free silybin and silymarin, Siliphos® represents the most absorbable form of silybin known until now. In rats, after oral administration of 200 mg/kg of silybin, the plasma levels of this drug and its conjugated metabolites were below the analytical detection limit, while, after oral administration of Siliphos® (200 mg/kg as silybin) the plasma levels of silybin (free and total) were easily measurable (Chart 4.). 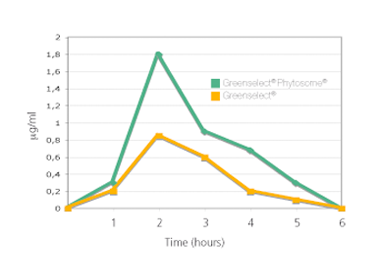 The subjects switched formulations after a week of wash out. Blood samples were collected at 30, 60, 120, 180, 240, 300 and 400 min after ingestion. Terpene lactone detection was performed by means of liquid cromatography/atmospheric pressure chemical ionization mass spectrometry (LC/APCI-ITMS). Ginkgolides A, B and bilobalide were absorbed to a higher extent (about threefold) after administration of Ginkgoselect® Phytosome®. 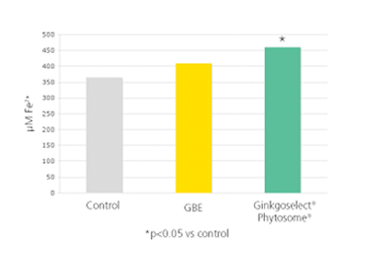 Finally as an example, an activity comparison between the Phytosome® and non Phytosome® form by topical application is here reported as well. The anti-inflammatory and anti-oedemigenous effects of the 18ß-Glycyrrhetinic Acid Phytosome® were assessed in the experimental model of Croton oil-induced oedema reduction.
At the same dose (0.16 μM), the action of the 18ß-Glycyrrhetinic Acid Phytosome® was found to be greater and to last longer than that of 18ß-glycyrrhetic acid alone.
This means that the Phytosome® formulation not only increases the active ingredient tolerability and absorption, but also improves its efficacy. 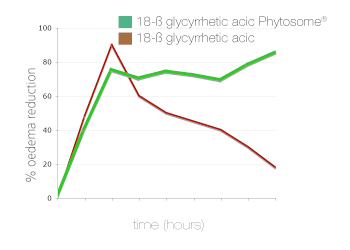 Chart 5. Comparison action on oedema reduction between the free and formulated 18ß-Glycyrrhetic Acid in a croton oil model.

Chart 2. Increase in plasma levels of total ginkgolides (A and B) and bilobalide in healthy volunteers5

Chart 5. Comparison action on oedema reduction between the free and complexed 18ß-Glycyrrhetic Acid in a croton oil model.